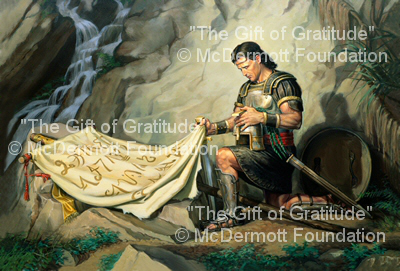 Passion for Art and Liberty

Concepts in general have been a passion of mine the most part of all my life. Having a love for Concept Art Work and a love for Liberty specifically – I combined both of these loves by commissioning
an artist to paint concept themes.

My Purpose for commissioning these paintings is to both inspire and to uplift. To offer hope, encourage faith and to appreciate or even show real commitment. Lastly, to visualize "service" and "love in action". All of these seven paintings have a common theme “Liberty,” the love for it and the cost of defending it. For “Liberty” and "Freedom" are not free. It takes the highest quality of leadership “Integrity” to uphold Liberty; requires the greatest sacrifice “Service” to defend it, and requires "Charity" to maintain it, so all can be blessed with it.Having faith, offering prayers from the heart and then taking action brings "Liberty".

"For The Blessings of Liberty"

Artwork: “For The Blessings of Liberty”

Artwork: For The Blessings of Liberty

This concept artwork comes from a time of conflict between two groups of people. One of the groups had desires to stir up anger and hatred amongst their people towards another, that they might gain power over the other group by bringing them into bondage and slavery.

The design of this Chief Captains’ people was to support their lands, their houses, their wives, and their children. They simply desired to preserve their rights, privileges, and liberty, and that they may worship God according to their desires. The leader who was appointed to be the Chief Captain to defend these freedoms and to lead these armies was also asked to take command of the government of their wars was Chief Captain Moroni. He was like that of a 5 Star General of the armies as well as having the responsibility of being in the position of running the Secretary of Defense job.

This Chief Captain prepared his people to defend themselves against their enemies and sought constant guidance from God. He was a man of prayer, and constantly was about preparing the minds of his people to be faithful unto their God. He used strategy and spies in defense of his people. He knew that the intentions of his enemies were to bring his people into bondage and that the only desire his people had was to preserve their lands, their liberties, and their right to worship as they may.

As a leader, he was a motivator, and could inspire his warriors to arms and in battle. He had the ability to make them feel they were doing their duty for they were not fighting for monarchy nor power but they were fighting for their liberties, their wives, their children and for their rites of worship. He was a humble and loyal servant to the people whom he was appointed to protect and to serve. He would always acknowledge the Lord’s hand in all things and he demonstrated great faith. This Chief Captain was a man who showed compassion and mercy towards his enemies. He was a negotiator, a truce maker, and both a covenant maker and keeper. He was a man of his word while being a no nonsense type of leader. He showed feelings of anger towards those who would not do what was right for the people as a whole. He would always keep his promises by following through with his commitments no matter what the consequences were. He was a leader who led and lived his life with the utmost Integrity.

This artwork is titled “For The Blessings of Liberty”. Moroni wrote the following on a torn piece of his coat and attached it to a pole: “In memory of our God, our religion, and freedom, and our peace, our wives, and our children”. With it he went forth among the people waiving the rent part of this garment in the air, that all might see the writing which he had written upon the rent part: and crying with a loud voice, saying: “behold, whosoever will maintain this title upon the land, let them come forth in the strength of the Lord, and enter into a covenant that they will maintain their rights, and their religion, that the Lord God may bless them”. The reaction of the people from his words and action was the people came running together with their armor girded about their loins, rendering their garments in token as a covenant, that they would not forsake the Lord their God. 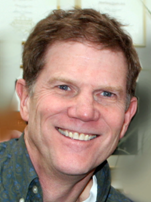 Scott Snow was born in Salt Lake City, educated at Utah State University, and graduated in 1978 with a Bachelor of Arts Degree. Self employed since 1980. He was a partner in Royter Snow Design, a commercial marketing and design firm. He is a member of the New York Society of Illustrators, past Chairman of the Advisory Board of the Visual Art and Design department at Salt Lake Community College, and has been an instructor of Illustration at University of Utah.